Armageddon - should we be afraid? 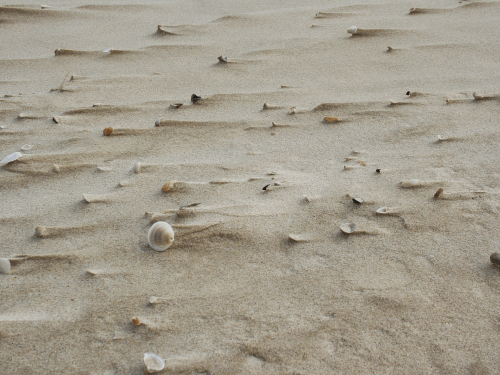 The term “Armageddon” is probably familiar to most people, even though views on it may differ. A typical dictionary definition describes it as:

Popular suggestions for such an event include nuclear war, a major terrorist attack, a meteor strike, global warming and even an alien invasion. All of these, and others like them, are potential catastrophes that could wipe out the world and all life upon it. The prospect of any occurring is highly alarming and something even the hardiest of people would fear; something which authors and filmmakers regularly capitalise on in books and films.

So what exactly does Armageddon entail? Is it something we should fear? Do these suggestions have any merit? Let’s consider what the Bible says – it is, after all, a Biblical term.

Surprisingly for a term that apparently relates to something as significant as the end of the world, it only appears once in the entire scriptures, in the book of Revelation (also known as “The Apocalypse”):

“For they are the spirits of devils, working miracles, which go forth unto the kings of the earth and of the whole world, to gather them to the battle of that great day of God Almighty. Behold, I come as a thief. Blessed is he that watcheth, and keepeth his garments, lest he walk naked, and they see his shame. And he gathered them together into a place called in the Hebrew tongue Armageddon.” Revelation 16:14-16

The book of Revelation is full of “fantastical” events involving beasts, mysterious figures, battles, and much more. Many believe that these are literal prophecies and that many relate to Armageddon; an alarming prospect! What should we make of it?

The commonly overlooked key to understanding this book is to be found in the opening verse:

Revelation is a book of signs, shown to the apostle John in visions – these are symbolic events, not literal ones. Failure to appreciate this is the root cause of many of the fallacies surrounding Armageddon.

As it happens, this fascinating book does contain prophecies about then-future events (many, but not all, have already been fulfilled), but to understand them correctly requires careful consideration of the rest of scripture.

For example, consider the following passages:

“For thus saith the LORD that created the heavens; God himself that formed the earth and made it; he hath established it, he created it not in vain, he formed it to be inhabited: I am the LORD; and there is none else.” Isaiah 45:18
“After this manner therefore pray ye: Our Father which art in heaven, Hallowed be thy name. Thy kingdom come. Thy will be done in earth, as it is in heaven.” Matthew 6:9-10

Here, as in other places, we find references to God’s purpose involving the earth. What is God’s purpose? In that Isaiah passage we read of the earth being inhabited, and elsewhere Habakkuk says:

The full extent of God’s purpose and the future kingdom concerned  is considered in  other articles, so for now we only wish to emphasise the earth’s role in it. The fact these future events will take place on the earth precludes any possibility that it will one day be destroyed. Consequently, we can have total confidence in God’s purpose being fulfilled, and be absolutely sure that the earth will not be wiped out one day by terrorists, meteors, or other such phenomena.

So clearly then, Armageddon is not the catastrophic end of the world it is commonly thought to be. However, that does not mean we can simply forget all about it. The fact is, Armageddon is mentioned in the Bible and must therefore mean something! A full explanation is outside the scope of this article, but we can note how the passage in Revelation 16 refers to a “great day of God Almighty” and a gathering of people together to battle.

We have seen how Revelation is a book of sign, and therefore needs interpreting carefully. On this occasion the notion of a future great battle is supported by other scriptures, which means this particular event must be literal even though some of the descriptions are symbolic. For example:

“Behold, the day of the LORD cometh, and thy spoil shall be divided in the midst of thee. For I will gather all nations against Jerusalem to battle; and the city shall be taken, and the houses rifled, and the women ravished; and half of the city shall go forth into captivity, and the residue of the people shall not be cut off from the city. Then shall the LORD go forth, and fight against those nations, as when he fought in the day of battle.” Zechariah 14:1-3

Here Zechariah describes a time when nations will come together to fight against Israel, and at this point the Lord Jesus will return to the earth and  save his people Israel. We learn further details about this battle from other passages such as Ezekiel 38 and Joel 3, and that the end result will be as described in Daniel 2.

The kingdom of God estabished

“And in the days of these kings shall the God of heaven set up a kingdom, which shall never be destroyed: and the kingdom shall not be left to other people, but it shall break in pieces and consume all these kingdoms, and it shall stand for ever.” Daniel 2:44

Once Christ has defeated his enemies, he will set up God’s kingdom, which will have dominion over all kingdoms and nations of men.  The question for us to ask ourselves now is which side of this battle do we wish to be on when the time comes? Do we want to fight with Christ (Revelation 17:14) or against him? Considering the outcome of the battle is already known, the answer should be obvious! Let us therefore ensure we prepare ourselves for his return (he does after all come “as a thief in the night” – unexpectedly!) so that we might be ready to join with him and be rewarded with everlasting life in his kingdom.