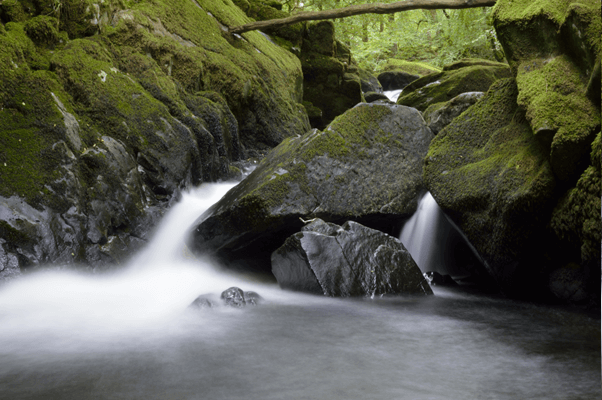 Marvelously, God offers us salvation from death in His word the Bible and the information presented to us therein is very clear and precise. Such is the magnitude of what God offers, it is vital that we understand what we must do to qualify for His wonderful gift of eternal life.

After Jesus ascended into heaven, he left his apostles to continue the work of preaching the gospel. He had made it clear to them that their preaching should show  that salvation depended upon belief in the gospel (good news as the word means) followed by baptism, otherwise there was no hope. His words in this regard are recorded in Mark chapter 16:

It is important to note the order of events specified by Jesus - first, belief in the gospel, and second, baptism. It is thus essential for salvation that the gospel is first understood by reading the Bible. Belief, arsing from that understanding, should be followed by baptism. These instructions of Jesus teach how futile it is to baptise (christen) babies, as they are clearly incapable of understanding the gospel.

The Acts of the Apostles shows how the apostles set about their work of preaching the gospel. They did precisely as Jesus had commanded them - preaching to, and baptising all who believed. Those who followed these two steps show their understanding that their old way of life lead to death and that they needed to turn from their old ways to a new way of life in Christ. Such a recognition and change of way of life constitutes repentance. Philip's words in Acts 8 make it clear that baptism can only be administered after belief.

“the eunuch said, See, here is water; what doth hinder me to be baptized? And Philip said, If thou believest with all thine heart, thou mayest.” Acts 8:36-37

The apostle Peter informed his hearers of the importance of repentance before baptism:

“Repent, and be baptised every one of you in the name of Jesus Christ for the remission of sins.” Acts 2:38

God’s word tells us that sins are a barrier to salvation and need to be forgiven before eternal life can be bestowed by God. Forgiveness can only be obtained after sincere repentance followed by actions which demonstrate such a change.

The method appointed by God for the removal of past sins is submission to baptism.

The call to repentance involves our acknowledgement of the need for past sins to be removed, washed away by baptism, and for those who are baptised to subsequently follow a way of life. This desire to change is implicit in the very meaning of the word baptise which has been transferred directly into the English language from the Greek. The Greek word “baptizo” literally means "to dip" or "to plunge" and was used specifically by the dyeing trade, in the process of immersing cloth in the dye to bring about a change of colour. Scriptural baptism follows a similar procedure, and each time baptism is recorded, the believer was completely buried in water as  representative of death and a subsequent new life of service of God.

In Romans 6, the apostle Paul shows what baptism represents.

"Know ye not, that so many of us as were baptized into Jesus Christ were baptized into his death? Therefore we are buried with him by baptism into death: that like as Christ was raised up from the dead by the glory of the Father, even so we also should walk in newness of life. Knowing this, that our old man is crucified with him, that the body of sin might be destroyed, that henceforth we should not serve sin." Romans 6:3-4, 6

Just as Christ died and was buried in the grave for 3 days and then rose to life eternal, so full immersion in water represents burial and rising from the water represents resurrection to a new life and importantly, association with the death and burial of Christ. In practical terms, that means that our old ways should be left behind and a new way of life followed after baptism, seeking to follow the example of Jesus.

The Hope obtained through Baptism

The Bible is very clear in its teaching on the three essential basic steps to salvation. It is only by following these initial steps and subsequently by living a life pleasing to God that salvation can be a be a real prospect to hoped for. The prospect will become a reality when Christ returns to the earth to set up the kingdom of his Father. The apostles were promised that he will return restore that kingdom as we can read in Acts 1.

“When they [Jesus and his disciples] therefore were come together, they [the disciples] asked of him, saying, Lord, wilt thou at this time restore again the kingdom to Israel? And he said unto them, It is not for you to know the times or the seasons, which the Father hath put in his own power... And when he had spoken these things, while they beheld, he was taken up; and a cloud received him out of their sight. And while they looked steadfastly toward heaven as he went up, behold, two men stood by them in white apparel; Which also said, Ye men of Galilee, why stand ye gazing up into heaven? this same Jesus, which is taken up from you into heaven, shall so come in like manner as ye have seen him go into heaven.” Acts 1:6-11

The last words of the above quote make it clear  that Jesus will come again. When he does he will reward those who have followed the three initial steps followed by a life of obedience to God.

For those who thus faithfully obey the commands of Jesus, the event of death is no barrier to the realisation of these hopes. God has promised to raise from the dead all those who put their trust in Him and to them will be granted the gift of eternal life. The resurrection of Christ is the divine guarantee of this.

“Now is Christ risen from the dead, and become the firstfruits of them that slept. For since by man came death, by man came also the resurrection of the dead. For as in Adam all die, even so in Christ shall all be made alive. But every man in his own order: Christ the firstfruits; afterward they that are Christ's [by baptism] at his coming.” 1 Corinthians 15:20-23

In summary then, baptism is an act of obedience by all who believe the gospel. Its administration to infants in any form is unauthorised and unscriptural and without value. It can only have an effect on those who have a scriptural understanding of the good tidings of the kingdom of God and the things concerning the name of Jesus Christ.

The message is clear, first believe the gospel message, then repent and be baptised. The salvation promised by God is real and it is the only hope for mankind. These three steps (coupled with a walk of faith. The prospect of everlasting life in an age of peace, prosperity and great blessing is surely something none of us want to throw away.