God's Promise to Adam and Eve 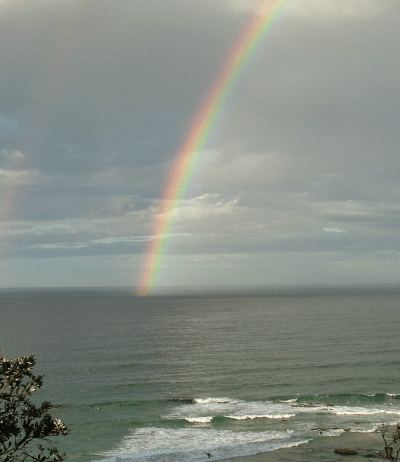 In this  modern “Scientific” age, it is fashionable to deride the account of creation with the events surrounding Adam and Eve, and to view them as the product of the mind of primitive men.   Nothing could be further from the truth, for on this section of the Bible hangs the  whole of the Book.  Take away the first three chapters of Genesis and the rest of God’s Word makes no kind of sense.  Also Christ himself leaves us in no doubt of his belief in creation and Adam and Eve.
"And he answered and said unto them, Have ye not read, that he which made them at the beginning made them male and female, And said, For this cause shall a man leave father and mother, and shall cleave to his wife: and they twain shall be one flesh? Wherefore they are no more twain, but one flesh. What therefore God hath joined together, let not man put asunder." Matthew 19:4-6.
The Apostle Paul confirms the reliability of the Bible in the following words.
"All scripture is given by inspiration of God, and is profitable for doctrine, for reproof, for correction, for instruction in righteousness: That the man of God may be perfect, throughly furnished unto all good works." 2 Timothy 3:16-17

Since “ALL SCRIPTURE” is given by inspiration of God, we can now look at Genesis with a clear mind.   We read that God made certain promises to our first parents which affect us very deeply, though the events we are considering took place so long ago.  The apostle Paul tells us that Abraham, the great man of faith who was the father of the Jewish race,
“staggered not at the  promises of God through unbelief; but was strong in faith...being fully persuaded that what he had promised, he was able also to perform”. Romans 4:20-21

The Fall of Adam and Eve

They chose freely to disobey God’s words and to believe the serpent who had told Eve that they would not die.

"And the serpent said unto the woman, Ye shall not surely die." Genesis 3:4
The fruit of the tree was very appealing and so Eve took  and ate and gave to Adam and he also ate of it.
"And when the woman saw that the tree was good for food, and that it was pleasant to the eyes, and a tree to be desired to make one wise, she took of the fruit thereof, and did eat, and gave also unto her husband with her; and he did eat." Genesis 3:6
The result was that they became dying creatures from that time, for God is true and just and He means what He says.
This is the reason we all die, for Adam and Eve gave birth to a race of individuals like themselves - that is, whilst knowing good from evil, all men are constitutionally liable to choose the evil.  Who can deny that men and women today behave like this?   All the misery in this world is largely due to man’s own habit of choosing the evil way.  Read Romans 7:15-25 to see how Paul the apostle felt about this paradox in his own mind.

The Need for the Promise

This left men and women without hope. All were condemned to eternal death, following the end of  their  life.  The promise God made to Adam and Eve, provided a way out of this impasse, providing a way in which they could live for ever. This promise speak of “the seed of the serpent” and “the seed of the woman”.  We will deal with each of these in turn and, by referring to other scriptures, see what is meant by these terms. Before we procced, here is the verse which contains the promise.
"And I will put enmity between thee and the woman, and between thy seed and her seed; it shall bruise thy head, and thou shalt bruise his heel." Genesis 3:15

The Seed of the Serpent

The serpent had tempted Eve to disobey God.  In this act it became a false accuser of God in contradicting His Word, saying, “Ye shall NOT surely die”.  Human beings who believe this lie of the serpent, are classed in scripture as the serpent’s seed or offspring.    Those who teach  that at death man does not die, but is simply alive in another place  perpetuate the serpent’s lie.   These people disbelieve God's word, so falsely accusing God of lying when He said “thou shalt surely die”.   This lack of belief and consequent disobedience is what constitutes the “power of  sin”, and it needed to be destroyed for the way to eternal life to be opened. The Apostle Paul refers to this.
"For the wages of sin is death; but the gift of God is eternal life through Jesus Christ our Lord." Romans 6:23

The Seed of the Woman

It can be seen that Christ was uniquely the “seed  of  the woman”, being born of a virgin with God as his Father.   Genesis 3:15 states that the seed of the serpent would bruise the HEEL of the woman's seed, whilst he (the woman's seed) would bruise the seed of the serpent in the HEAD - a FATAL wound.  Christ, whilst possessing a nature like ours, prone to sin, never actually succumbed to its temptations as Hebrews informs us.
"Seeing then that we have a great high priest, that is passed into the heavens, Jesus the Son of God, let us hold fast our profession. For we have not an high priest which cannot be touched with the feeling of our infirmities; but was in all points tempted like as we are, yet without sin." Hebrews 4:14-15
He lived a sinless life and was crucified (the blow to his heel in the promise), in voluntary submission to God's will. In this act of obedience, he dealt a fatal blow to the power of sin.  Since he was sinless, it was not possible for God to leave him in the grave and He therefore raised him from the dead and  gave him an immortal body which no longer tempted him to sin against God.

There is, then, a marvellous hope for us in this promise in Genesis 3.  God provided Christ and strengthened him so that he never yielded to the power of sin. God, in HIs great love for this world gave His son so that we can have a hope of eternal life.
"For God so loved the world, that he gave his only begotten Son, that whosoever believeth in him should not perish, but have everlasting life." John 3:16
He  was “the Lamb of God, which taketh away the sin OF THE WORLD” (John 1:29).  God, “for Christ’s sake" (Ephesians 4:32), will forgive our  sins, provided we obey the conditions He has laid down and strive to fight against the sin, which our constitution naturally urges us to commit.  To find out what these conditions are we must read the Bible which is God’s message of hope to dying mankind.