The Arabs in Bible prophecy 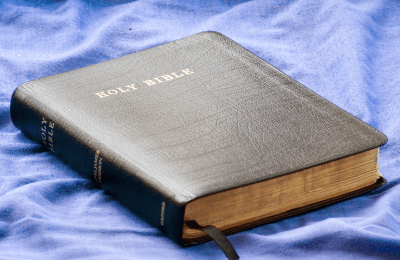 Also reckoned among the Arab nations are those who occupy Jordan, Syria and Iraq.  These nations are descended from Lot, Abraham's nephew, and from Esau Abraham's grandson.  Esau was the brother of Jacob, who was the father of the twelve tribes (the nation) of Israel.  There was bitter hostility between Esau and Jacob and this has persisted among their descendants down to the present day.

Ishmael's mother was an Egyptian called Hagar and an angel spoke to her about the character of her son before he was born.  It was the first prophecy about the Arabs.  He said:

"Behold, thou art with child, and shalt bear a son, and shalt call his name Ishmael...and he will be a wild man; his hand will be against every man and every man's hand against him". Genesis 16:11-12

Wildness and inter-tribal conflict have characterised the Arabs throughout their history.  Many of them, like the Bedouins, have lived nomadic lives.  Attempts to unite the Arab world have always been frustrated by their own fiercely independent behaviour and their propensity to engage in long and bloody feuds.

The Rise of Islam

Disunity, however, has not prevented the Arabs from making their impact on the world.  Islam has changed the course of history and its rise was prophesied in the Bible.

The last book of the Bible, The Revelation, is a book of symbol in which the conflict between two spiritual cities, Rome and Jerusalem, is portrayed.  Rome, the Catholic system, was to grow very powerful in the earth but its growth was to be checked by various agencies raised up by God for the purpose.

Mahomet, the founder of Islam, was one such agent whose rise to prominence was foreseen as,

"a star fallen from heaven unto the earth".  Revelation 9:1

"To him was given (by God) the key of the bottomless pit” (Arabia) out of which "arose a smoke" (the militant followers of Mahomet) who "darkened" the Roman "sun" by afflicting her rulers. verse 2
"It was commanded them that they should not hurt the grass of the earth neither any green thing, neither any tree" (almost word for word the instructions of Abubeker, Mahomet's successor, to his troops), "but only those men which have not the seal of God in their foreheads" (i.e., did not believe in the unity of God, as Moslems do).  verse 4
"They had hair as the hair of women" (the long, flowing hair of the Saracens)..."and they had breastplates, as it were of iron" (the famous Arab warrior cuirasses". verses 8-9
"And they had a king over them" (as Abubeker, the first of the Caliphs). verse 11

The prophecy shows that the power to torment and hurt their enemies would be limited to a certain time.  Thus the power of the Caliphs was limited to 300 years between about 630 AD and 930 AD.  During this period Arab domination grew.  Within fifty years of Mahomet's death they had spread to Constantinople and Gibraltar, annexing the countries in their path and compelling their peoples to accept Mahomet as a prophet and the Koran as their guide.  Passing over the straits of Gibraltar, the Saracens overran much of Spain and were only stopped from taking France by the successful opposition of Charles Martel, the king of the Franks, at Poitier in 732 AD.  Their influence was strongly anti-Catholic and served to allow freedom of thought and to lay the foundation for an education system which in later centuries was to facilitate the translation and study of the scriptures by the common people.  This was the hand of God and the Arabs were his agents.

However, the Bible shows that the Arab nations, though disunited, see a common enemy in Israel and plot for her downfall.  This is clearly seen in Psalm 83.

"They have taken crafty counsel against thy (God's) people...They have said, Come, and let us cut them off from being a nation; that the name of Israel may be no more in remembrance.  For they have consulted together with one consent; they are confederate against thee".  Who are confederate against God's people? -- "The tabernacles of Edom (Esau) and the Ishmaelites, of Moab (Lot's son) and the Hagarenes; Gebal, and Ammon, and Amalek; the Philistines (Hamas) with the inhabitants of Tyre (Hezbollah); Assur also is joined with them" Psalm 83:3-8

The Arab nations have consistently sought to "cut Israel off from being a nation".  Going back a few years, President Nassar of Egypt, speaking as head of the United Arab Republic vowed to "drive Israel into the sea".  More recently, Iran has declared its determination to destroy the State of Israel, as have Hamas and Hezbollah. However, Nassar is now no more, but Israel is still there, and the other nations will fail. This is because God purposes to establish "His people" and to make her enemies like "the stubble before the wind" (Psalm 83:13).

Although God plans to completely crush Israel's enemies, there is envisaged a time when Arab and Jew will co-exist peaceably - but the conditions are given in Isaiah:

"The sons also of them that afflicted thee shall come bending unto thee: and all they that despised thee shall bow themselves down at the soles of thy feet; and they shall call thee, The city of the LORD, The Zion of the Holy One of Israel". Isaiah 60:14

This is the condition for all nations to enjoy peace and prosperity in the new order to be established in the earth when Jesus, Israel's Messiah returns to the earth to establish God's kingdom in Israel.