The Certainty and Significance of Christ’s Resurrection 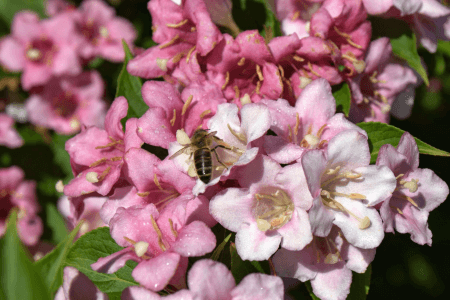 That a man called Jesus lived in the land of Israel nearly 2000 years ago is a fact of history.  The existence of Christendom since that time is a testimony to the fact. What is disputed by some is the claim by his followers that  Jesus rose from the dead  three days after being killed.  This is at the centre of Christianity - if  it  is not  true then Christian faith is meaningless.  This is what the apostle Paul said when writing to the believers at Corinth:

The evidence set out below shows that this need not be based upon blind faith,  but  rather that there are sound arguments to support the claim that the resurrection of Jesus was an historical event.

Evidence of the empty tomb

The tomb in which the body of Jesus was laid was found to be empty three days later; and this has never been disputed. Even the Jewish authorities at the time - staunch enemies of Jesus who would have been the first to raise the matter had  there been any doubt - had to concoct an excuse to account for the missing body.  If the body of  Jesus had been stolen as the Jews maintained, then his subsequent place of burial would surely have become a cause of speculation and a place of homage for his disciples.  But in 2000 years this has never happened.

Evidence of the eye witnesses

The risen Jesus was seen by over 500 eye witnesses.  The apostle Paul, again writing to the Corinthians, spoke of this in the following words:

The question has arisen whether the apostles were capable of using their senses to properly judge the issue as they were from uneducated backgrounds.   In  answer to this, it is clear that the evidence did not require the use of great intellectual prowess to judge the matter, only the use of senses which all ordinary men and women are capable of using;  that of sight and hearing.  Consider the following two passages:

"For we cannot but speak the  things which we  have  seen  and  heard". Acts 4:20
"For we have not followed cunningly devised fables, when we made known unto you the power and coming of our Lord  Jesus  Christ, but were eyewitnesses of his majesty". 2 Peter 1:16

Another suggestion is that the witnesses were either being dishonest or suffering a hallucination.  As to the former, there might be some credit  in  this suggestion  if  the apostles had made material gain from preaching the resurrection of Jesus.  The fact is that they gained nothing in this world for their troubles, except to suffer persecution and sometimes death at the hands of the authorities.   The apostle Paul spoke of his own life in the following words -

"We are fools for Christ's sake...Even unto this present hour we both hunger, and thirst, and are naked, and are buffeted, and have  no certain dwellingplace...we are made as the filth of the world, and are the offscouring of all things unto this day". 1 Corinthians  4:10-13

As for being the subjects of hallucination; if Mary were in this state, then she might have mistaken the gardener for Jesus when at the tomb. But rather, she took Jesus to be the gardener  (John 20:15).

Evidence of the Old Testament

The death and resurrection of Christ was foretold hundreds of  years before the event by God through the prophets of Israel.  The prophet Daniel in the ninth chapter of his book speaks of the time when the Messiah should "be cut off" and "shall cause the sacrifice and  the oblation to cease,"  (Daniel  9:25-27).  Jesus fulfilled this, when as the Messiah (the Christ) he was killed or "cut off".  By doing so he made unnecessary the sacrifices and oblations of the Old Testament law.

The prophet Zechariah looked forward to the time when the resurrected Christ will return to the earth to be reunited with  his  people, the Jews.  He will then display to them the wounds that he received in his hands.

"And one shall say  unto him, What are these wounds in thine hands?  Then he shall answer, Those with which I was wounded in the house of my friends". Zechariah 13:6

The wounds will bear testimony to the nature of his death and his presence at that time to his resurrection.