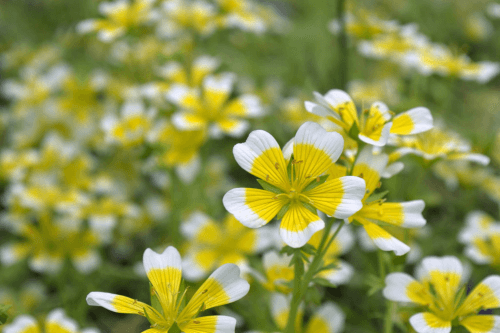 There are many people today who claim they possess the Holy Spirit; and there are many others who, whilst not stating that they themselves possess it, yet nevertheless confidently affirm that they know others who have the gifts of the Holy Spirit.  Are such claims true or false?  There is only one way in which this question may be answered and that is by a critical examination of it in the light of the testimony of scripture.

What does the Bible say?

Jesus himself promised his disciples that, when he was to leave them, they would be given a Comforter. Shortly before he ascended to heaven he told them all to stay at Jerusalem until they were given power from on high.

And, behold, I send the promise of my Father upon you: but tarry ye in the city of Jerusalem, until ye be endued with power from on high. Luke 24:49
This power was the Holy Spirit, and the bestowal of it upon the Apostles (recorded graphically in Acts chapter 2) had an immediate impact, as they were then able to speak in foreign languages by the power of God.

This act was witnessed by the many Jews who had gathered from their various countries of residence to keep the Jewish feast of Pentecost in Jerusalem. The dramatic result was that 3000 people were baptised believing that Jesus, whom their fellow Jews had crucified, was the Messiah and that he would come to the earth once more.

We ask the question, do the events related above have any bearing whatsoever on the present day claims to speak in 'unknown' tongues?  (The word ‘unknown’ is not a Bible word, having been inserted by the translators of the Authorised Version of the Bible).

One point worthy of note, which will help our understanding, is that ordinary people could understand the ordinary languages spoken by the Apostles. The utterances were not mere gibberish, (as they are today), but real words spoken in the various languages of those present.

The practice of ".faith healing" is claimed to represent the power of the Holy Spirit at work today.  Whilst we do not deny that cures of various internal complaints have been effected, we completely refute that this has anything whatsoever to do with the Holy Spirit

"Then Peter said, Silver and gold have I none; but such as I have give I thee: In the name of Jesus Christ of Nazareth rise up and walk. And he took him by the right hand, and lifted him up: and immediately his feet and ankle bones received strength. And he leaping up stood, and walked, and entered with them into the temple, walking, and leaping, and praising God." Acts 3:6-8

"But Elymas the sorcerer (for so is his name by interpretation) withstood them, seeking to turn away the deputy from the faith. Then Saul, (who also is called Paul,) filled with the Holy Ghost, set his eyes on him, And said, O full of all subtilty and all mischief, thou child of the devil, thou enemy of all righteousness, wilt thou not cease to pervert the right ways of the Lord? And now, behold, the hand of the Lord is upon thee, and thou shalt be blind, not seeing the sun for a season. And immediately there fell on him a mist and a darkness; and he went about seeking some to lead him by the hand." Acts 13:8-11

"And there sat in a window a certain young man named Eutychus, being fallen into a deep sleep: and as Paul was long preaching, he sunk down with sleep, and fell down from the third loft, and was taken up dead. And Paul went down, and fell on him, and embracing him said, Trouble not yourselves; for his life is in him. When he therefore was come up again, and had broken bread, and eaten, and talked a long while, even till break of day, so he departed. And they brought the young man alive, and were not a little comforted." Acts 20:9-12

These miracles were intended to assist in the preaching of the Gospel.  In Mark 16 we are told that the signs (miracles) were designed to support their work of preaching.

"And they went forth, and preached every where, the Lord working with them, and confirming the word with signs following." Mark 16:20

They proved the veracity of the message; that it was not of human origin but had emanated from God.  They were clearly a demonstration of the power of God and were not dependent upon one's faith. Eutychus, being dead, was not able to show any faith, yet Paul raised him to life. CAN FAITH HEALERS RAISE THE DEAD?

The gifts to vanish away

The Bible speaks of a variety of gifts of the Holy Spirit some of which, as we have seen, greatly assisted the preaching of the Gospel.  They had another function which Paul refers to in his letter to the Ephesians,

"Till we all come in the unity of the faith, and of the knowledge of the Son of God, unto a perfect man, unto the measure of the stature of the fulness of Christ." Ephesians 4:13

They had the effect of building up the faith of the body of the believers in those days.  During the first century the only scripture available was the Old Testament.  There was therefore a necessity, before the New Testament was complete, for the Holy Spirit to guide the believers and teach them.  This is what Christ told his disciples when he said,

“But the Comforter, which is the Holy Spirit, whom the Father will send in my name, he shall teach you all things, and bring all things to your remembrance, whatsoever I have said unto you” John 14:26

The dispensation has now changed and the gift is no longer needed as we have God’s written word for our guidance today.  In a large section of Paul’s first letter to the Corinthians he informed them that when that which was perfect, or complete, was come (the complete Bible - Old and New Testaments) the gifts of the Spirit would vanish away.

Furthermore, from an incident in Acts 8:13-17, it is clear that it was only the Apostles who could pass on the Holy Spirit to others.

"Then Simon himself believed also: and when he was baptized, he continued with Philip, and wondered, beholding the miracles and signs which were done. Now when the apostles which were at Jerusalem heard that Samaria had received the word of God, they sent unto them Peter and John: Who, when they were come down, prayed for them, cthat they might receive the Holy Ghost: (For as yet he was fallen upon none of them: only they were baptized in the name of the Lord Jesus.) Then laid they their hands on them, and they received the Holy Ghost." Acts 13:13-17

What was to happen when the Apostles died?  Other men could no longer receive the Holy Spirit from them.  Therefore any claim today to possess Spirit gifts, however sincerely made, is a false one.

The reintroduction of the Holy Spirit

There is however, a further outpouring of the Holy Spirit yet to occur on the earth. This will take place when Jesus returns to re-establish the kingdom of God here on earth. This was spoken of by the Apostles in the first century concerning the return of and will most assuredly come to pass.