The hope of life after death 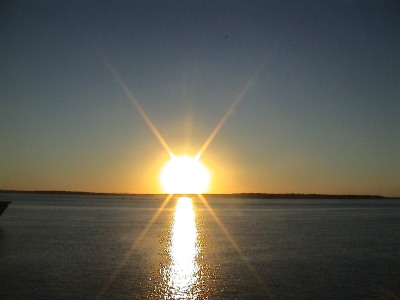 Death is the greatest fact in human experience.  Its occurrence is universal and inevitable: its gloomy shadow, sooner or later, darkens every house.  We may try to put the question posed by our title out of our minds and fill our lives with material things, but ultimately it is a question all human beings must face.  Where can we look to find a TRUE answer?

The source of truth

Scientists and philosophers can only offer their own personal opinions - and all say different things.  On the other hand the religious leaders fail to face up to the question and think only of saying something, however fanciful, to comfort the bereaved - and they too vary in their opinions.  Spiritualists make bold claims but their theories and activities carry no conviction to the critical investigator.

There is however, one place we can go to find a consistent and credible answer which satisfies the mind of the critical and discerning.  The Bible, because it comes as a message from God, can and does give the true and completely satisfying answer to this vital question.  Because God made man, he knows what man IS and because he controls the future, he knows what man may become.

The creation of man

The Bible account of creation tells how man was made -

"The Lord God formed man of the dust of the ground, and breathed into his nostrils the breath of life; and man became a living soul". Genesis 2:7

This principal statement teaches unmistakably that the real man is the body, made by God out of the dust. (See the New Testament explanation in 1 Corinthians 15.44/45 where “a living soul” is equated with “a natural body”).  Man was a lifeless thing until his lungs were inflated by God and air was introduced to make this dust-formed organism "a living soul".  This term "living soul" is, in the Hebrew scriptures, applied equally to fish, fowl, animals and man (see Genesis 1:21,24) and means simply "living creature".  There is not the faintest suggestion in the original inspired record that man has an immortal soul in a fleshy frame.  Such a view is (as most church scholars admit when pressed) a notion derived from pagan philosophy and not from the Bible.

When God made Adam and Eve he pronounced them "very good".  However, they disobeyed a clear commandment God had given them, and inevitably received the penalty God had prescribed,

"In the day that thou eatest thereof thou shalt surely DIE" Genesis 2:17

No longer "very good", there began immediately in their bodies a process which made them corruptible beings, heading relentlessly to death and the grave.  As God said to Adam after his sin (for sin is simply disobedience to God's commands,

"Dust thou art, and unto dust shalt thou return" Genesis 3:19

What then happens to man at death?  Simply, the creation process is reversed;

“Then shall the dust return to the earth as it was: and the spirit (Hebrew for "spirit" means "breath") shall return to God who gave it". Ecclesiastes 12:7

Reason tells us that since inanimate dust cannot think or know, therefore man in death must be unconscious- and this is exactly what the Bible says:-

"His breath (the same Hebrew word as ‘spirit’ in Ecclesiastes 12.7 above) goeth forth, he returneth to his earth; in that very day his thoughts perish". Psalm 146:4.  See also Ecclesiastes 9:5

You may be saying "Ah! but that's the Old Testament".  Well the New Testament is fully in harmony.  It also refers to death, NOT as the departure of an "immortal soul" to increased activity and knowledge, but as "sleep" - which is unconsciousness.  Life, the apostle James says is a "vapour which vanisheth away" (ch. 4:14).  Take a look at John 11:11-13 and 1 Thessalonians 4:13.

What are the prospects?

If the matter were in the hands of man there would be no hope.  No scientist can bring a man to life again.  However, God has revealed that for certain people death will not be the end of all hope.  God has said that those who are without understanding and who are ignorant of his will, will be held in the grave for all time - they are "like the beasts that perish" (Psalm 49:19,20).  This agrees with that well known passage in the gospel of  John;

"God so loved the world, that he gave his only begotten son, that whosoever believeth in him should not perish but have everlasting life".  John 3:16

God calls all men everywhere to His Word, the Bible, to learn what it means to "believe in Christ".  Many things are involved and many commandments must be obeyed.  We can only find out by reading God's word - all of it - from the beginning.  We will discover that Jesus is to return to the earth and that he will raise from the dead those who are responsible to him, because they know God's plan revealed in the Bible.  Thus we read:-

"The Lord Jesus Christ, who shall judge the quick (living) and the dead at his appearing and his kingdom" 2 Timothy 4:1

The hope of the faithful

"...the Lord Jesus Christ: who shall change our vile body, that it may be fashioned like unto his glorious body...".  Philippians 3:20,21

This is the hope of life after death which the Bible reveals.  Only the Bible is true and authoritative - only the Bible is the message of the Creator to His creatures.  This can be proved by reference to its historical prophecies and in many other ways, when one knows this wonderful book intimately.