War - its place in God's purpose 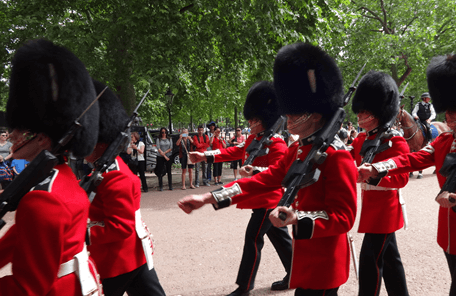 The purpose of war

One of Christ's titles is “Prince of Peace”, and therefore mankind generally supposes that war is displeasing to God.

A careful study of God's book, however, finds that this is not the case.  The Bible reveals that God uses war to punish sinful nations. For example, in the past, God instructed His people Israel, to war against the nations of Canaan who were utterly corrupt and wicked in their way of life.  God used Israel as His rod of punishment to destroy the Canaanites for their wickedness.  Later, God used the Assyrians and the Babylonians as His instruments to punish the nation of Israel, because of their continued disobedience and idolatry - yet, and here is a most important principle, God held the Assyrians and  the Babylonians  responsible  for the overthrow and scattering of Israel as the following passage shows.

Again, in Isaiah chapter 19, God is speaking about the Assyrian power which over-ran northern Israel:

“0 Assyrian, the rod of my anger, and the staff in their hand is mine indignation - I will send him against an hypocritical nation......to take the spoil and to take the prey.....Howbeit he (i.e., the Assyrian) meaneth not so, neither does his heart think so; but it is in his heart to destroy” Isaiah 19:5-7

Then a few verse later,

“When the Lord has peformed his whole work upon mount Zion and on Jerusalem, I will punish the fruit of the stout heart of the king of Assyria, and the glory of his high looks. For he saith, By the strength of my hand I have done it”. Isaiah 19:12-13

This illustrates how God uses war to punish nations (and his people Israel) for sin and idolatry.

Later  still, the Romans besieged and destroyed Jerusalem, and the Jews were again driven out of their land and scattered throughout the world.   The  Babylonians and the Romans were merely fulfilling their own aims and ambitions; nevertheless God used them as His instruments and they unwittingly carried out God's judgments on His rebellious and perverse people.

The cause of war

The facts set out may be offensive to most people yet we do well to remember that the will of God as expressed in the Bible is the only standard of right and wrong.

God's will has been flouted by man, and death reigns as a consequence of this; indeed all the evil in the world is finally traceable to man's sin. All the wars from creation onwards are ultimately traceable to the “enmity” which God put between the serpent's seed and the woman’s seed in the Garden of Eden (Genesis 3:14-19 - see our article “Why did Christ die?”).

When Christ came as “the Lamb of God that taketh away the sin of the world”, by sacrificing his life, he had this to say about war:

“Suppose ye that I am come to give peace on earth? I tell you, NAY; but rather division. I am come to send fire on the earth; and what will I if it be already kindled?” Luke 12:51,49

Also in  Matthew he said:

This is how, Jesus, the Prince of Peace spoke when on earth and his words have proved true as history shows.

The end of war

A time is coming, however, when he will fulfil the terms of his title, “Prince of Peace”, for the Bible makes clear that, after he has judged the earth at his second coming, he will make wars to cease unto the ends of the earth.

"He maketh wars to cease unto the end of the earth; he breaketh the bow, and cutteth the spear in sunder; he burneth the chariot in the fire." Psalm 46:9
“He shall speak peace unto the heathen (nations): and his dominion shall be from sea even to sea, and from the river even to the ends of the earth” Zechariah 9:9-10

The Apostle Paul, speaking to the academics of Athens on Mars Hill, told them:

“He (God) hath appointed a day, in the which he will judge the world in righteousness by that man whom he hath ordained; whereof he hath given assurance to  all  men, in that he hath raised him from the dead” Acts 17:31

The first few verses of Isaiah 2 are one of the many  glowing descriptions in God's Book of this glorious time of peace on earth, for then Christ will see to it that men give “glory to God in the highest”.  Only THEN will there be “on earth peace, goodwill toward men”.  As a means to this end, we read in following passages,

“They shall beat their swords into plowshares, and their spears into pruninghooks: nation shall not lift up sword against nation, neither shall they learn war any more”. Isaiah 2:4
“He maketh wars to cease unto the end of the earth” Psalm 46:9

As sure as God’s word is true, this time is coming. Then

“shall the righteous flourish and abundance of peace so long as the moon endureth.” Psalm 72:7; see context

Well may the Lord Jesus exhort his followers to pray:

For only then will there be peace on earth!