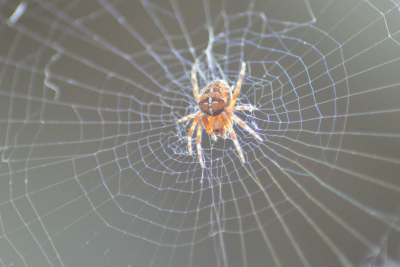 The few occurrences in the Bible of the term Antichrist, are confined to the Epistles of John (viz. 1 John 2:18,22; 4:3; 2 John 7), where the original Greek word, antichristos, simply means "against Messiah".  From an examination of the context of these passages we discover that the apostle was warning believers of these ‘false Christs’ who were then present among them, deluding and deceiving many. This warning had earlier been given by Jesus.

John, in his letters, defines antichrist as any who opposed Jesus of Nazareth, thereby denying that he was the long-awaited Messiah.

Although the Apostle John was unmistakably referring to false teachers amongst the believers of his own day, many modern religions mistakenly teach and look for the coming of a future antichrist, as can be seen from the following quotations:

“Antichrist will take over the Middle East and there will be the final holocaust of Armageddon”.
“The Antichrist is called by many names in the Bible, but in 2 Thessalonians 2 he is called the ‘lawless one’ who will come in on a wave of anarchy”.
“The Jew is to rebuild the temple again in old Jerusalem.  He has to.   In 2 Thessalonians 2 Paul speaks of the great world dictator...some call him the Antichrist”.

This passage is used by modern day expositors to lend support to the view of a future antichrist,  but contrary to this teaching, it rather predicts that there would arise a falling away (the Greek word from which 'falling away' comes is apostasia), or apostasy from true word of God believed by the first century Christians.

This departure was already at work. Slowly,  the true belief was beginning to be corrupted by false teachers who sought to promote their own ideas throughout the community of believers.  It was being restrained then, on account of the presence of the spirit-gifted Apostles and others to whom was imparted the gift of  discernment.

Furthermore, the pagan Roman authorities periodically persecuted both true and false forms of Christianity, thereby unknowingly stunting the growth of apostasy.  When these restraining influences were removed, the “man of sin” (verse 3) was to be revealed.  This occurred when the spirit gifts were withdrawn and later, when the Roman Empire embraced false Christianity, turning away from paganism.

The true identity of Antichrist

Clearly, ‘antichrist’ existed in the apostolic period and it was, and still is, to continue until it is destroyed by Jesus when he returns,

“whom the Lord shall consume with the spirit of  his mouth, and shall destroy with  the brightness of  his coming” 2 Thessalonians 2:8

During the reformation, Protestant expositors identified the false system of Christianity with the Roman Catholic Church because of clear links with the symbology of the Book of Revelation.  They considered, rightly, that  the “man of sin” is the head of that apostate religious system.

Prior to the reformation, the Roman Catholic Church had been easily able to control the common people by their teaching, as ordinary folk had to rely on the  words  of  the  priests. However,  they  faced more difficulties when the Bible was translated into common languages.  Also, with  the  advent of  the  printing  press, more and more Bibles were being widely circulated.   In order to counter the accusations of the Protestants, the Church of  Rome  sought through two Jesuit priests, Ribera in 1580 and Alcazar in 1614, to divert attention away from itself by suggesting that the prophecies being used against them had either been fulfilled with the overthrow of pagan Rome, or had not yet been realised, but would be at a future period.

Lacunza, also a Jesuit, furthered the futurist view of prophecy to a great extent and today, most Protestant denominations, hand in hand with the Roman Catholic Church, look for a future fulfilment of the antichrist prophecies!

By mistakenly rejecting the historic interpretation of the Book of Revelation, and failing to see that it describes a great apostate religious system, many groups have formulated opinions as to the work that the future antichrist will do.  Tragically, this has  led  some to attribute to the antichrist the very tasks that Jesus will perform on his return to the earth.  Consider  the following:

It is almost unbelievable that professed readers of the Bible could be so deluded into rejecting the clear message of scripture.  Great and glorious things will be accomplished by Jesus when he returns, but many will not receive him.  Strange as it may seem this happened before! Nearly 2000 years ago, many people conspired against him and took his life, but God raised him from the dead.  Now he awaits the appointed time to come again and judge the world in righteousness

"And the times of this ignorance God winked at; but now commandeth all men every where to repent: Because he hath appointed a day, in the which he will judge the world in righteousness by that man whom he hath ordained; whereof he hath given assurance unto all men, in that he hath raised him from the dead. Acts 17:30-31
Those who are not looking for him will not find favour but will be destroyed.  Is it not therefore vital that we prepare ourselves by correctly understanding God’s revelation to man?